Get a FREE Limited Edition MS. READ 25th Anniversary Tote Bag when you spend RM500 and above sitewide

Download our MS. READ App & enjoy RM25 OFF your first app purchase. Use code GET25 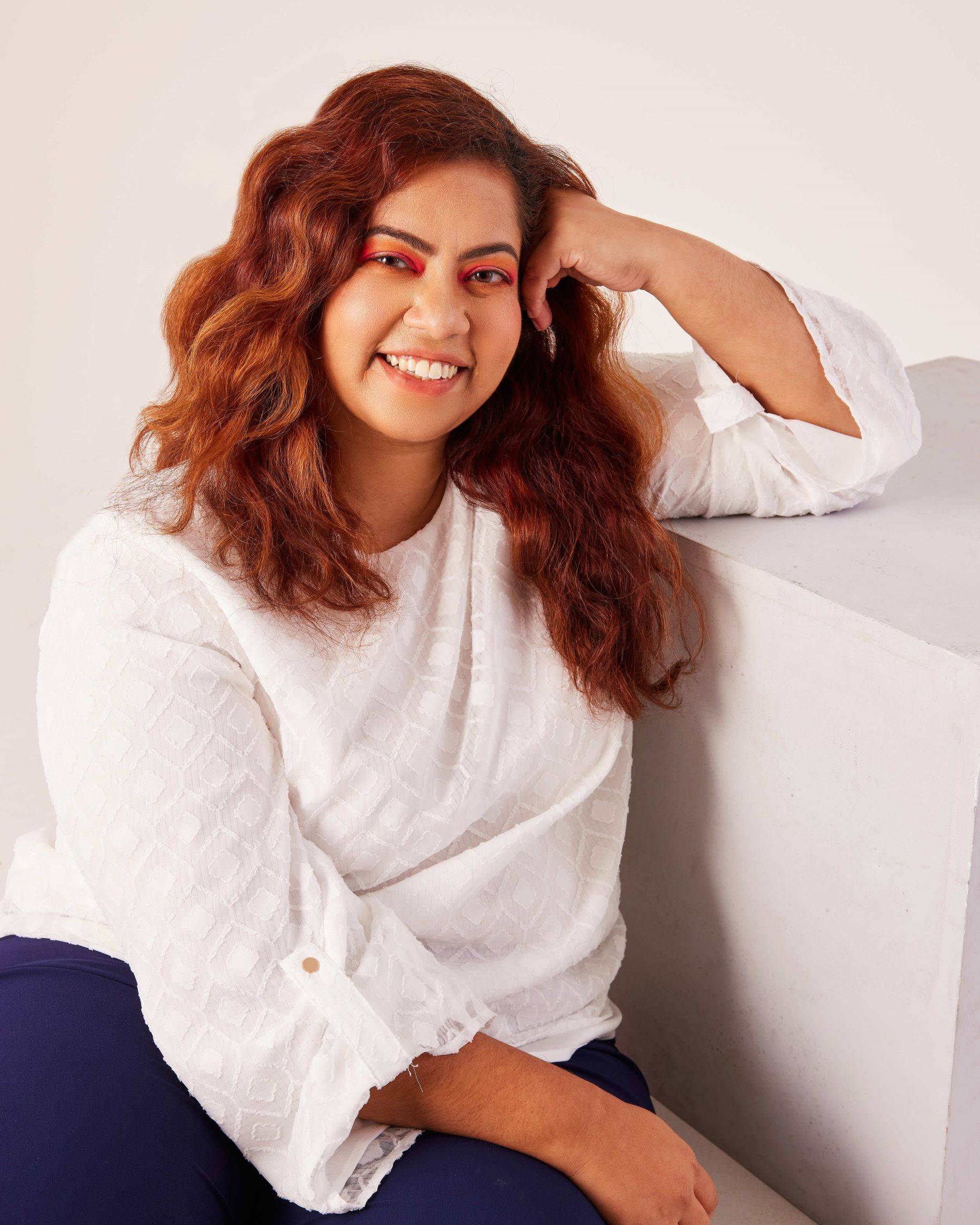 For more than a decade, Malati Siniah was living a full-throttle lifestyle as a journalist and marketing executive until a health scare made her re-evaluate her priorities.

Malati is taking back her health - both mental and physical - one (CrossFit) step at a time.

For twelve years, she built a career as a journalist and a writer in the media and marketing space - environments that usually demand its participants to move at the speed of light. But Malati wasn't aware that she was essentially running on empty until she was diagnosed with Inflammatory Bowel Disease (IBD), an autoimmune disease that causes chronic intestinal inflammation. It was shortly after this that she was reminded the importance of putting one person before everything else: herself.

Here, Malati talks about mental health, advocacy, body image and starting over at the age of thirty-five. 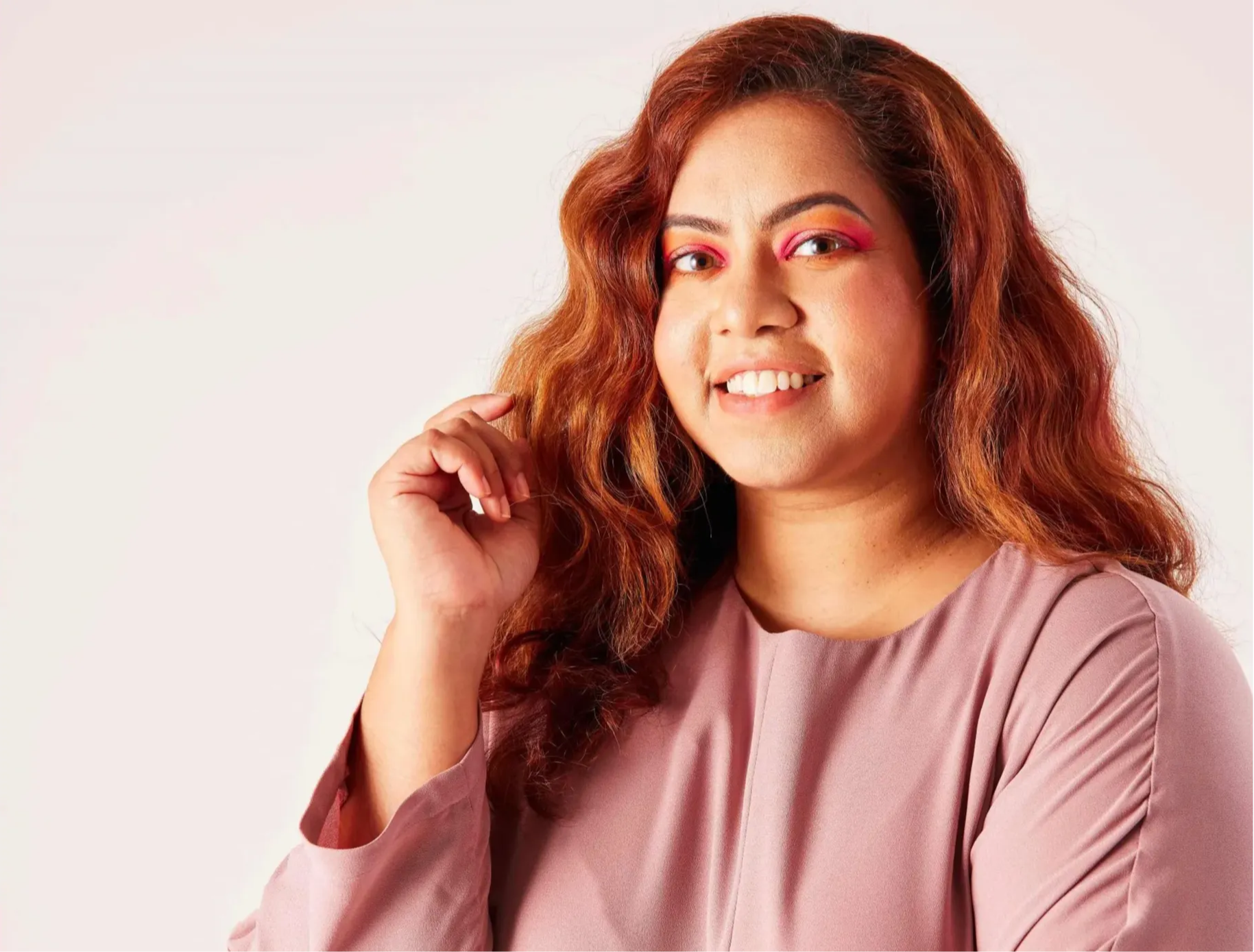 I’ve always looked at my body as invincible, powering through the craziest deadlines and thinking work-life balance was a myth. This illness was a reminder for me to really evaluate WHY I was doing what I was doing.

When the doctor told her she had IBD, Malati felt lost, frustrated, and scared. She started to do a lot of research and also looked up the hashtag #IBD on Instagram. Soon, she discovered a community of people who were living with this illness, too.

"Seeing others manage their bad days and document their treatments, was the virtual hug I needed to feel better. It inspired me to share my own journey on Instagram. I posted the good and bad days of dealing with my illness from my first colonoscopy experience to starting therapy. My posts began to attract a following online and many begin sharing how they related to it with their own physical and mental health issues."

The support she received and the effects it had on her well-being spurred Malati into making what could be considered a radical decision: at thirty-five, she's heading into a completely different career.

"I’m currently working as a teacher and am studying part-time for my Master's in Counselling," she declares. "In my own journey to mental health, I felt less alone through someone else's vulnerability and the immense support that I got. Now, I'm just going to pay it forward."

"My passion is to work with children and share with them the importance of taking care of themselves by being kind to their bodies and mind and I’m working hard to make this a reality."

Let's Talk About It

As she began to pursue her new calling, Malati has met other Malaysians who have dedicated themselves to advocacy. Through Monsters Among Us (MAU), a non-profit organisation that seeks to end child sexual abuse in Malaysia, Malati was able to volunteer as a workshop facilitator, educating children and their caregivers on the very real problem of online child sexual abuse.

"At the moment, I’ve also collaborated with a local theatre production fivekosongtujo as their Mental Health Ambassador for their latest show ‘ASAL’. When they reached out to me I was so inspired by how they were choosing to start the conversation on mental health through performance art. While it’s so easy to throw a label like Gila, ASAL brings to life the hidden reality of someone going through mental health issues."

These conversations are not the easiest subjects to publicly speak about, particularly when most Asians have been taught to repress and suppress their emotions. However, Malati is hopeful for the future of mental health in Malaysia, especially after last year's announcement that personal tax relief would also cover therapy.

But we still have ways to go. "It is my hope that more emphasis is given to creating awareness for children’s mental lealth, something 424,000 children in Malaysia are struggling with. I was shocked to see the report by PDRM that more than half of the suicide cases recorded between January 2019 to May 2021 were of teenagers. The numbers and my own experience as a child living with anxiety and depression is what prompted me to focus on children’s mental health. Rather than being looked at as a last resort, therapy can be an important tool in a child’s well-being and I hope that more children (and their caregivers) are given access to that in the future."

Malati in her role as an ASAL Ambassador.

Learning to be at peace with myself is a lesson I wish I learned as a child and is one that I’m working on daily through my mindfulness practice and mental health knowledge. 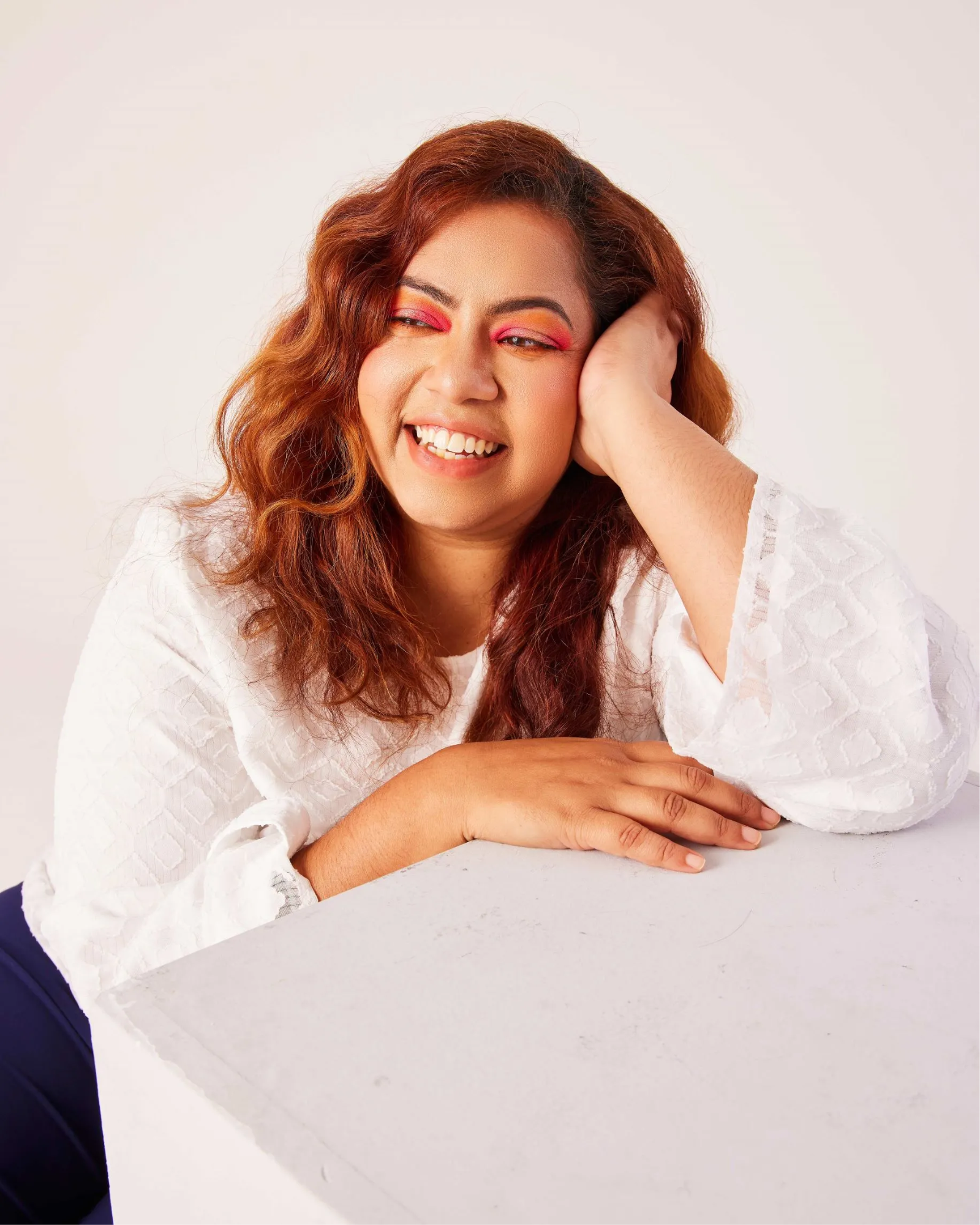 Like many women, Malati struggled - and still does at times - about her body image. It's perhaps even more glaring because Malati is plus size, and as every plus size person out there knows, the world can be a little unkind when it comes to those with bigger body shapes.

Thankfully, there's a growing movement for body positivity and inclusivity, which has enabled many - Malati included - to be more emboldened about self-acceptance.

"If you told my teenage self that I would be in a photoshoot modelling clothes, I would never believe you," she says with a laugh. "I’ve been fat most of my life and it took me many years not to punish myself for it. Actually, just using the word feels so liberating because today it’s a word I use and it’s not being pushed onto me with judgement."

She goes on, "Going in front of the camera for this [Cerita Kami] shoot reminded me how far I’ve come in my journey to love and celebrate myself. This was a full circle moment for me, as after so many years of being focused on getting the world to accept me, I can finally focus inwards and be proud of me."

Malati does CrossFit regularly, though the goal is not to "be thin, but to be healthy." Here she maintains her routines during MCO through virtual classes. 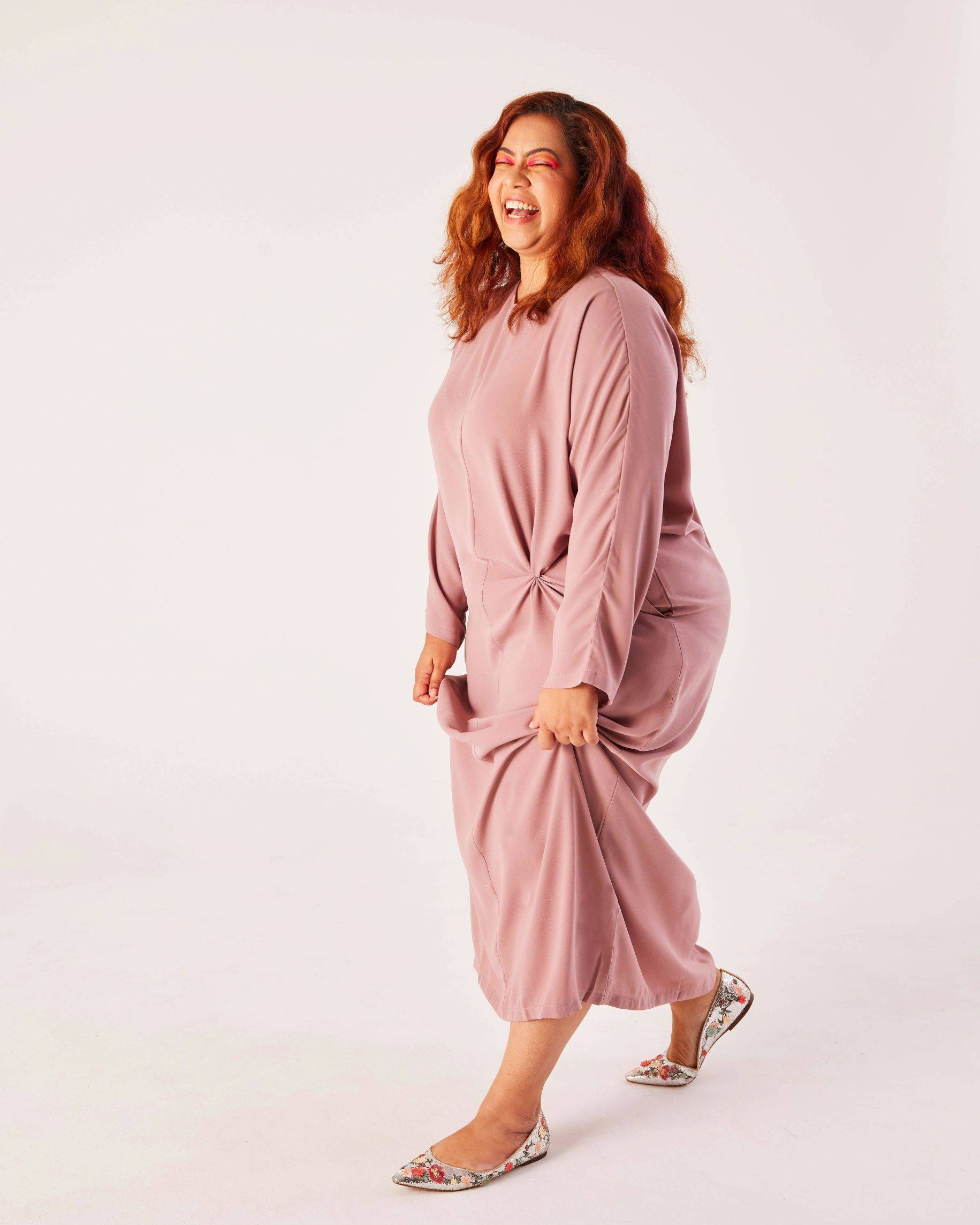 Mental Health Is Not A Destination, But A Process

Through her Instagram and talks with family and friends, Malati often reiterates that the journey to mental health doesn't have to be complicated or big.

"One habit that helped me get through my toughest periods is listing three things I’m grateful for every day. I would reflect on moments that made me happy, inspired or grateful from the day before. These three things, big or small, are what inspire me daily in my work, life and everything in between."

For more on our Cerita Kami series, head over to our Instagram @msreadmoments!

© 2023 MS. READ (M) Sdn Bhd. POS and Ecommerce by Shopify
Liquid error: include usage is not allowed in this context